For over 20 years British Columbia has been a leader in making video games. Whether its triple-A titles or breakout indies, games made in BC have captivated audiences worldwide with their innovative gameplay, dazzling graphics and superior art and sound.

While Vancouver is perhaps the best known quadrant of BC known for game creation and employment, other regions in BC are rapidly gaining in reputation and visibility. One such community is BC’s capital city, picturesque Victoria. In several ways Victoria’s gaming industry is establishing its own unique identity, with young companies sprouting up fast to take advantage of the local talent and enthusiastic community support for games.

Have a look at this infographic released by VIATeC (Victoria Advanced Technology Council) which breaks down the city’s gaming scene as of mid-2014. Some eye-catching details that stand out:

With events like Gottacon attracting thousands of people and emerging studios like Code Name Entertainment, TinyMob Games, GameHouse Canada and Metalhead Software making releases for browsers, social and PC platforms, this “City of Gardens” is quickly emerging as a hotbed for cool video game culture and industry.

Keep up the momentum Victoria! 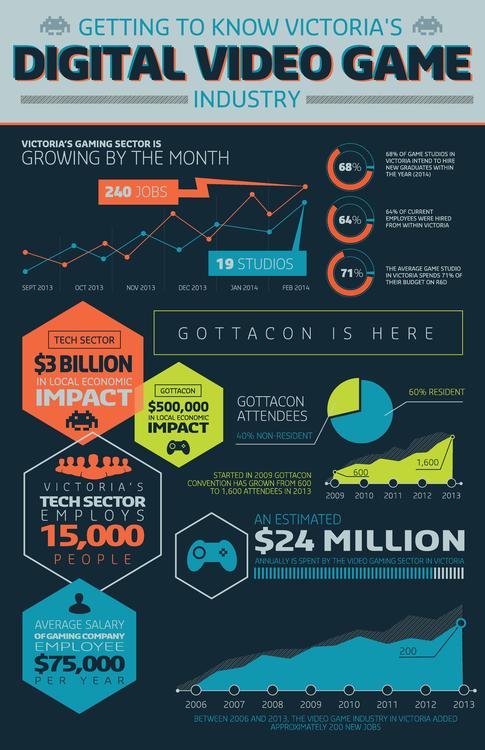