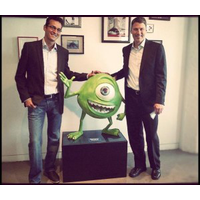 Vancouver, Canada has suffered tremendous blows to its gaming industry cred with the recent closures of bothRadical Entertainment and the local arm of Rockstar Entertainment.  Faced with the reality that local jobs are being lost as the industry packs its bags for greener pastures elsewhere in Canada, the office of Vancouver mayor Gregor Robertson confirms it will be bringing a motion next week to rally support for the city's local digital media jobs and investment.

Acknowledging the "significant new strategies" being launched by other Canadian provinces to win investment from global digital media giants, Robertson's motion will urge the British Columbian government to redouble its commitment to the digital media entertainment sector by creating more robust and competitive incentives of their own.

The motion compares BC's current 17.5% tax credit for companies in digital media sector (including video game companies) to the far more attractive 37.5% tax credit offered by the province of Ontario, not to mention their additional stacked incentives which are limited here.  Say, guess where Rockstar is opening their new studio after closing the one over here?  You guessed it, Ontario.

Furthermore, the motion specifically highlights how Vancouver has fallen from first to third place for gaming companies in Canada over the past three years alone, and that losing the crown to other provinces threatens the sustainability of Vancouver's talent pool (not to mention the local scene for the industry itself) over the long term.

As little can be done without provincial level support, Mayor Robertson intends to get in contact with relevant departments in BC's government to discuss how to better close the gap in incentive programs, and promote a "national interactive digital media strategy" which would see Canada as a whole increase its global competitiveness.

Here’s the Mayor’s full motion — please take a moment to share it with your networks:

WHEREAS the interactive digital media and visual effects sectors are a major part of Vancouver’s economy, employing more than 25,000 employees in 1300 companies;

WHEREAS there are a number of internationally recognized post-secondary institutions in Vancouver that produce highly skilled graduates for these sectors, which supports local hiring and a robust regional workforce that makes up a significant component of Vancouver’s global advantage;

WHEREAS the Province of British Columbia has established an effective tax credit policy that helps to attract companies in some digital media sectors, and has worked with the Government of Canada to lead changes in immigration policy that has contributed to the establishment of Vancouver as one of the top three global clusters in the world, behind only London and Los Angeles;

WHEREAS Vancouver has an Economic Action Strategy that has made job creation and investment attraction an explicit priority in sectors like interactive digital media and visual effects, and has successfully supported the creation of over 1,000 jobs in the last three years alone in this industry;

WHEREAS Vancouver is gaining strength and growing in some segments of the interactive digital media sectors, like visual effects and animation, but is seeing a rapid decline in other segments like console gaming;

WHEREAS these strategies and incentive policies in other jurisdictions, such as Ontario and Quebec, have influenced the decisions of gaming companies to leave Vancouver, dropping the region’s ranking from Number 1 to Number 3 over the past 3 years;

WHEREAS the departure of these companies and the talent associated with them has implications on the broader talent pool for Interactive Digital Media and screen-based sectors that could eventually threaten the stability of the entire cluster;

THEREFORE BE IT RESOLVED THAT

The Mayor write to the Premier and the Minister of Jobs, Tourism and Innovation, encouraging them to explore options to close the gap with the incentive programs in other Canadian provinces in order to protect these important BC sectors which are becoming vulnerable to inter-provincial poaching;

The Mayor write to the Federal Minister of Industry to promote the idea of a national interactive digital media strategy that would strengthen the entire country’s cluster in these sectors, as opposed to the current approach which only serves to weaken our global competitiveness;

The Mayor, as Chair of the Vancouver Economic Commission, ask the VEC to proactively pursue solutions that can resolve the challenges facing the digital media sector by working with Vancouver’s industry leaders, and report back to Council.