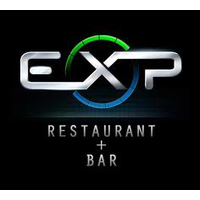 Hopefully you’ve had an opportunity by now to read through our previous interview with local entrepreneur Brian Vidovic, the man behind Vancouver’s Video Game themed Restaurant + Bar. If not, I would highly recommend that you do, so you’ll understand the full weight of how awesome the concept is, and how far Brian and his team have come in the development of his dream.

Unfortunately though, there is a darker side to this tale. I didn’t want it to bring down the vibe of the original interview, or have this important message lost in the warmth of the ‘journey so far’ tale. This is part two of our interview segment with Brian, which discusses his fight with the Vancouver Liquor Control and Licensing Branch (LCLB) who hopes to bully his unique take on Vancouver, its community, and entertainment venues.

Along the way to the opening of EXP Brian has, as anyone would imagine, had some troubles with the creation of the venue, and there has been a few road blocks. We discussed a couple of the problems the bar has had in the past, and where things are now:

Casey White: “We’ve been following the journy to build EXP for some time now, and you and I have been constantly talking about the bar’s progress, so I know a little about the surprise costs that have been dropped in your lap along the way. Do you mind elaborating about the roadblocks you’ve encountered and how you’re getting around them?”

Brian Vidovic: “The cost of the build threw us off because our initial estimates were way off - our previous contracting company gave us the worst possible advice and ended up losing us a chunk of change in the process. Luckily, our landlord caught it early enough and took the reins to put us back on track to open. So, because of these extra costs in plumbing and electrical, we started an IndieGoGo (the Canadian-friendly 'Kickstarter') to make back some of those costs so we didn't destroy our credit in opening. You can find it here: http://www.IndieGoGo.com/expbar”

Casey: “I know the most recent issues are a result of a battle back and forth with the Vancouver Liquor Board. Not unlike our friends over at the RIO (A local heritage movie theater that wanted to server liquor), they’ve been giving you some problems because of the concept of the bar. Apparently anything that’s not a traditional bar/night club is something that they can’t seem to get their minds around. Can you explain a little where the problems are occurring, and what has been done so far to enlighten the LCLB re: gamers do not euqal children?”

Brian: “We were blocked on liquor licensing because of a clause in the entertainment section of a 'food primary' license. This is the core of the problem. Board games are allowed 'so long as they don't detract from the service of food.' So, there isn't anything about video games, but essentially 'stuff that distracts you from eating.' So our question was 'How is that different from a hockey game?' And they said it is because it is 'interactive' and it's 'different.' Based on their own policy outline, we couldn't disagree more if you include a hockey game. They never asked how we would keep the focus to service of food, just flat out said 'no.'

Their only suggestion was to apply for a 'liquor primary' - this means waiting 18 months and paying the city an additional $15,000 for the equivalent status of becoming a night club. We don't want to be a night club, so we thought we would work towards the restaurant license. In BC, you only have food and liquor primary: family restaurant with very little liquor being served, or a nightclub. That's it. And that needs to change, too.

So, we complied to get our license moving along and told them we wouldn't provide any gaming consoles in the space. Our idea was to circumvent this outrageous situation: we would partner with a 3rd party to bring in and then remove consoles for our patrons and of course encourage them to bring in their own consoles for use with us setting up all the cabling and providing controller. Crisis averted! Or so we thought...”

Casey: “Right, and here’s where the story gets really unfortunate. You mentioned to me previously about how the LCLB placed a stipulation on your liquor license that you’ve never seen or heard about before, and in talks with other local business owners it looks like you’re the only one in Vancouver with this restriction. Can you expand a little on what’s happened of recent regarding your liquor license?”

Brian: “So because we asked about video games, we are being punished, effectively. They added a stipulation that 'prohibits the USE of GAMING CONSOLES in the red-lined area of the space.' That red-line is the entire space. They have banned gaming in our video game restaurant.

The problem is that no other food primary has this stipulation on their license. I can walk into anywhere in BC with my console, or hold any gaming event ANYWHERE except in my own space. So, with public safety in mind, this doesn't really make any sense, does it? We are being bullied into submission for trying something different without any research or thought put into the suggestion of gaming. We even said we wouldn't mind being a 'pilot program' to test the idea for 6 months, and they didn't even acknowledge that suggestion.”

Casey: “I know that government agencies love to have fun with the definitions of objects, especially within a license agreement like this. Has there been any talk regarding what the exact definition of a ‘gaming console’ is with the LCLB? I mean, I can play video games on my iPhone, does that mean it’s not allowed in EXP?”

Brian: “We don't know. We assume it means 'anything that plays games'. They didn't single out 'X360, PS3, or Wii' specifically. So, is a PC a 'gaming console'? What about if someone brings in a laptop? What about their phone? If someone plays Angry Birds in my space, am I responsible for it? Can I get shut down for it? I have no idea what the boundaries are. It is all up to the liquor inspector that walks in, and since they aren't educated on the policies (since they can be made up on the spot, it seems) that could mean ANYTHING and that could cost us our business for one person's bad day.”

Casey: “Obviously this isn’t something that the Brian Vidovic I know is going to take laying down, nor will the community that has been clamoring for this venue for the last few years, so moving forwards how are you planning to combat this decision?”

Brian: “I don't like being bullied; no one does. We are actively disputing their decision and working with local MLAs and starting a petition. We are working with Rising Tide Consulting (the nice folks who helped the Rio Theatre with their ground-breaking win against the liquor board) to find a solution.”

THE CALL TO ACTION

Casey: “Sounds good. I assume you and your war generals have yourself a plan. How is EXP proceeding?”

Brian: “The first step is to allow games in food primary spaces. The second step is to change the liquor licensing process in its entirety for the betterment of Vancouver's restaurant Industry as a whole.

Our plan is simple: with the help of our liquor inspector, the VPD, MLAs and Rising Tide, we aim to make the liquor board remove that stipulation and add one that allows our patrons to play games in our space. Then we will work with our consultants and the local businesses to change the 2-license system in Vancouver to a more robust, fair, and updated system. We don't have to look far for good examples - the rest of Canada has some excellent systems we can follow to make ours infinitely better.”

Casey: “Of course there are going to be plenty of people, myself included, that are upset about the decisions made by the LCLB. How can the community help fight for EXP to reach the original concept that you came up with and achieve its full potential?”

Brian: “The battle plan will be to get everyone to sign our EXP petition, e-mail their MLA to bring this issue to their attention, and then garner support from the local video game and tech companies alongside as many restaurateurs and license holders as possible to truly show the solidarity of Vancouver's Community.

Please don't send the liquor board hate mail, it won't help us. Let's just work together to build something they can't even begin to argue with. Let's work together to show them they can't bully us, and let's do it as politely as possible to keep our Canadian pride intact, eh?

We can do this together and make sure Vancouver gets its gamer-centric venue where you can play your favourite titles with your friends while eating and drinking. We won't ever give up; we'll fight until our HP reaches 0... and even then, we have boxes of auto-use Phoenix Downs. Bring it on.”

It’s unfortunate that a unique concept like this is being squashed by the powers that be because the LCLB can't seem to grasp the concept and benefit of this venue. Vancouver is one of North America’s largest video game communities, we have regular events, launch parties, hell even burlesque shows that feature video game themes. EXP was one of the first venues to come out and say they wanted to bring that concept into a full-time feature and because of that they are being steamrolled by the LCLB.

Fortunately there is precedence for these kinds of archaic, snap-judgment policies being overturned. With the recent fight and subsequent victory at the RIO Theater, Vancouver proved that its community can be more powerful than the liquor board and that ridiculous decisions and restrictions on our venues CAN be over turned. Shogun Gamer fully supports the fight for EXP to overturn the decision levied against them, and humbly requests your help as well.

As Brian had mentioned there is a petition available online which is (as of this article) currently at 2,000 of the 10,000 needed signatures. You can also reach out to your local MLA and let them know that things are getting out of hand, and that you want your government elected representative to help fight on your behalf to get rid of dated policies decided by people who have no proper concept of the 21st century or its community.

Once you’ve signed the petition (and hopefully sent a quick email your MLA) you can also help alert others to the cause by joining the group on Facebook, Tweeting about the bar and its fight, as well as encouraging your friends to get involved.

With your help, we can get EXP back on track to achieve its full potential. Hopefully EXP will become a venue for some awesome events, parties, and Shogun-centric get-togethers in the near future.