Kiip to Open R&D and Engineering Office in Vancouver 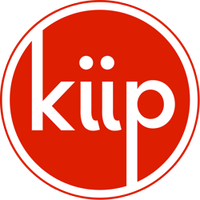 Silicon Valley-based Kiip is opening its first Canadian office, according to job listings just posted online. Kiip's office, founded by Canadian entrepreneur Brian Wong, is slated to be located in Vancouver. The job listings suggest that the office will focus on engineering and research and development.

There are four listings posted by Kiip:

Our sources indicate that this Vancouver office is intended to be a permanent fixture in the Vancouver scene and that the office members will initially all be assigned to a specific project Kiip is working on. The office is expected to open this fall in the Gastown area, sources say.

We reached out to Wong, who said that "it's really exciting to be having a chance to open up an office in my hometown."

"I believe the technical talent [in Vancouver] is top notch," he added.

Wong also noted that he's excited to "finally give people another option other than HootSuite to spread their wings in a tech company."