Get ready for cars that listen, talk and act like a smartphone 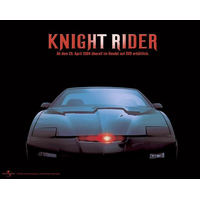 DEARBORN, Mich. -- Don't expect to converse with your car quite like David Hasselhoff and KITT did in the '80s TV classic "Knight Rider," but voice recognition is one of the big looming trends in the automobile industry.

For years already, some drivers who seek out the latest and greatest in technology have been talking to their cars when they want to listen to music, turn up the air conditioner or get directions.

No need to look away from the road or blindly reach for a knob or button, just speak a command aloud and the car obeys

Voice recognition and other high-tech features are expected to become far more mainstream in the months and years ahead, as automakers race to outdo each other and tap into consumer demand for an app-inspired, always-connected lifestyle on the road.

CD players have been replaced by hard drives that can store tens of thousands of MP3s, or drivers can connect a smartphone and use its data connection to stream music via the Internet. Dedicated GPS navigation systems are being phased out in favour of multi-function digital panels that look like a smartphone or tablet homescreen, populated with a long list of apps.

"Automakers are trying to replicate that smartphone/touchscreen experience that people are used to and like," says industry analyst and consultant Doug Newcomb.

Perhaps there was no clearer sign that companies are serious about competing to develop the coolest, most advanced in-car technology than an Apple announcement in June. The tech giant revealed it's working with nine automakers to integrate its popular voice-recognition tool Siri into vehicles.

Meanwhile, BMW and Honda are among the car manufacturers that are releasing new in-car technology in Canada this fall.

And at the forefront of the trend has been Ford, one of the more aggressive companies in delivering in-car voice technology to the mass market with its Sync product, which has already been around for about five years.

With Sync, drivers can press a button on the steering wheel and voice their desire to place a phone call, control the stereo, make their vehicle warmer or cooler, or get directions. Ford claims the system recognizes 10,000 different commands -- although there's no master list available to consumers so that's difficult to verify.

"We've got over four million vehicles with Sync on the road today and what's cool is we have an open platform, so developers are developing apps for Sync. And we love that, that's why we did it."

Among those apps available for Sync in the U.S. are the audio streaming services Pandora, MOG and Slacker Radio, a program to listen to tweets posted to Twitter, and another that gives allergy sufferers an update on pollen levels in the local area.

Critics, however, have noted that Sync's ability to understand strings of spoken words is nowhere near as robust as Siri's. Drivers must learn how to speak to the Sync system, which often doesn't respond to natural speech and instead needs to hear a sequence of spoken commands to complete a task. If your wording is a little off, you'll be prompted to try again. And don't even think of asking jokey questions like you can with Siri.

"It's getting better but it's still not there, it's still all over the map," says Newcomb.

"They're still in that learning phase, a growing pains phase."

The market leader in voice technology is Nuance Communications, which powers Ford's Sync. Gary Clayton, chief creative officer for Nuance, says the technology is constantly evolving and becoming more intelligent. As of now, most voice recognition systems need to be prompted before they'll listen for user commands. But eventually, the technology will always be listening and will be able to recognize and distinguish between different voices.

"There are so many fundamental things that have to be dealt with.... It's things like: who else is in the car, what else is being said ... all kinds of spurious things are coming in from the radio, from other people.

"We have to continually poll the incoming audio to understand who is speaking, but with biometric verification -- it hears this voice, it knows that voice -- it (will eventually) automatically pay attention to that voice."

Another major in-car technology player behind the scenes is Ottawa-based QNX, which is owned by Research in Motion. RIM purchased QNX in 2010 and took advantage of its software expertise to help build its upcoming BlackBerry 10 mobile operating system. QNX has also developed software for nuclear power plants; coal, iron, copper, and gold mines; steam and gas turbines; HVAC systems for big box stores; and sorting equipment used by the U.S. Postal Service.

"Car companies generally tend to be pretty brand sensitive, nobody wants to get a 'blue screen of death' or pull over and have to reboot their car, so that's actually really helped in terms of our ability to service the market and we're continuing to build on that."

Gryc assesses the current state of voice technology as a "mixed bag" but says the technology coming down the pipe is truly impressive -- although it may take a few years until it hits the mass market.

"Most consumers view (today's voice technology) as kind of a gimmicky thing because it is sort of like, 'Well, do you really want to do some of those things with voice?' Clearly some things are very natural to do with voice, like navigation is one that's very, very clear that's a good use case," he says.

The technology that's about two or three years out will really wow consumers, he says, as opposed to simply being seen as "kinda neat" today.

"It'll certainly take a couple of years just to get through the automotive production life cycle. Even if automakers snapped their fingers and said today, 'I want to build a system that's just like Siri,' the technology exists to do it but it's just that they'd have to go through the process of building automotive-grade hardware. It's not acceptable to just take a tablet and put it into the dash."

One of the challenges for automakers is in making sure that its technology ages well over the years and is built so it can be upgraded with software. Hardware upgrades are not practical, at least at this point, Gryc adds.

"Swappable chips is a lot more complicated in a car environment just because of a lot of the restrictions you need to take into account for vibration -- or 'shake, rattle and roll,' as they call it -- and temperature sensitivities," he says.

"Most of the car companies have not been looking at that as a solution."

Ford has used software updates to add new features and address problems and complaints. Ford previously had major issues with the touchscreen side of its technology, which caused frustrating system crashes.

"Ford kind of got penalized by being a pioneer," Newcomb says.

"No one's really figured this out yet, it's going to take two or three years before this really shakes out."

© Copyright (c) Postmedia News
Original source article: Get ready for cars that listen, talk and act like a smartphone