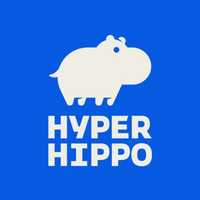 MK Fraser served as Head of Studio at Clipwire Games and joins Hyper Hippo with over 20 years of hands-on experience in the mobile games space. She has 20+ games shipped with revenue over $1 billion and worked on, led, and sometimes created some of the biggest franchises in games, including Tetris, Fight Night Champion, Kung Fu Panda, How to Train Your Dragon and various other Disney titles. As Executive Producer, MK is responsible for the strategic leadership of Hyper Hippo’s games group, which includes overseeing the Live-Ops and Development teams and building strong IP and brand recognition for Hyper Hippo’s games.

“We are thrilled to have MK here at Hyper Hippo”, said Jon Warner, SVP Portfolio. “Her brand of leadership and deep game development experience will propel us forward, creating more games that will delight our audiences worldwide.”

MK and Mike join Hyper Hippo’s leadership team in 2022 as the studio prepares to celebrate its 10 year anniversary.

"Hyper Hippo is celebrating its 10th year in the video game industry" says Sam Fisher, CEO of Hyper Hippo, "and we are thrilled that our leadership team has never been stronger to lead us as we entertain, connect and inspire fans for the next 10 years!"

Hyper Hippo would also like to recognize the addition of Jonathan Warner to the Hippo Executive Group. Jonathan was promoted to the role of SVP, Portfolio from his previous role at Hyper Hippo as Head of the Lab. An industry veteran with 20 years of experience, Jonathan has a passion for creating games, with an extensive background in development that includes Microsoft, The Walt Disney Company, and Electronic Arts. Prior to joining Hyper Hippo, he held a senior leadership role at Bioware as the Chief of Staff. As SVP, Portfolio, Jonathan is responsible for providing strategic direction and leadership to the Games and Lab teams.

Jonathan’s extensive leadership experience in the entertainment industry and his talent and passion for producing content that resonates with audiences make him a valuable addition to Hyper Hippo’s Executive Group, helping the studio to build iconic games and develop strong, lasting IP. Jonathan moved into the role of SVP, Portfolio in December of 2021.

"We have an incredibly talented Hippo Team led by exceptional leaders", says Fisher.  "Hippo will continue to expand its entertainment portfolio and serve more and more players around the globe for years to come.  Thank you to these amazing leaders who share our vision of making a positive impact by creating moments of joy for communities around the world."

About Hyper Hippo Entertainment
Hyper Hippo is an award-winning mobile game studio dedicated to making entertainment that has a positive impact on the world. Founded in 2012, Hyper Hippo is a trailblazer in the idle game genre and beyond, with over 50 million installs of AdVenture Capitalist, AdVenture Communist, and AdVenture Ages globally. They are also the makers of Dungeon Dwarves (in collaboration with Netflix) and their latest game Vacation Tycoon. Hyper Hippo is also a recipient of the Gamesindustry.biz ‘Best Places to Work 2021’ award.