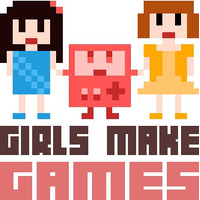 “Girls don’t like playing video games.” It’s time to get rid of this age-old myth.

If you look at the numbers, about 46% of the U.S. gamer population is female. There are a lot of reasons as to why the misconception exists. Maybe it’s because of the long-standing reputation of sexism, or the lack of complex female characters in video games. Thankfully, there have been shifts in recent years, even if it’s as simple as starting a conversation about how many young women love to play video games.

Beyond creating a world where girls can feel empowered and seen, I have also made it my mission to get more young women to be the ones actually creating the video games they love to play. My name is Laila Shabir, the creator of Girls Make Games, an organization dedicated to inspiring the next generation of female designers, creators, and engineers behind video games.

Though I’m a proud gamer today, my path here didn’t start with gaming at home. I grew up the daughter of a conservative Pakistani home in the United Arab Emirates, a household where education was essential. My parents worked tirelessly to send their kids to the best schools and shaped my perception of the true purpose of education: to leave this world a little better than we first find it. Their efforts paid off when I got into MIT on a full scholarship and earned my degree in economics. I tested the financial sector for a year before deciding that my life’s ambition rested elsewhere — I would get a Ph.D. and become a professor.

Then my world turned upside down. I met a nationally ranked mathematician, who played video games and got paid for it, which completely fascinated me. He opened up this whole new world — video games that go beyond entertainment. Video games that move, inspire, and teach. He wanted to teach as well, but on a scale larger than a classroom.

We eventually got married and moved to California where we started LearnDistrict, a company creating access to education through video games. Through that initiative, we launched an experimental three-week summer camp for girls. What we found was that not only did girls love playing games, they loved making them. And Girls Make Games was founded. 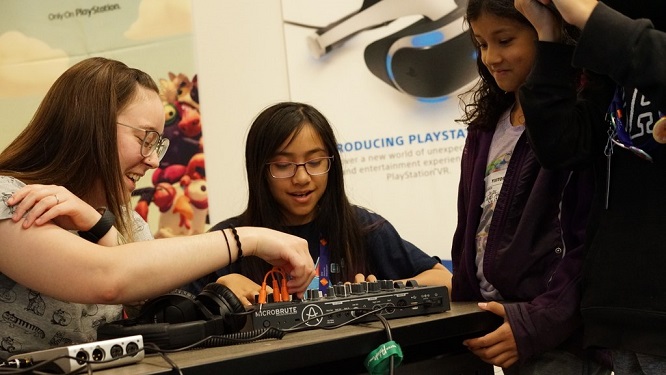 Unfortunately, less than 22% video game developers identify as women according to a report from 2017. So what’s the problem? We found a huge information gap in how the girls believed games were made and who made them. One memory comes to mind: Years ago at camp one of the girls asked a female developer on a field trip, “So how did you convince your parents to allow you to become a game developer?”

This was shocking to me because I had never heard a boy ask this question. We only heard this from girls. And unfortunately, this wasn’t the only time.

Many believe that there’s only one primary role in game development: programming. When our campers discovered that game development involved design, storytelling, art, animation, and even music, their eyes lit up. Suddenly it’s not just coding, it’s a whole spectrum of creative expression.

Girls Make Games tapped into a pool of talent that was eager to find their voice and path into video games. Before the first camp ended, email after email started coming in from parents saying how their daughter came home and excitedly said, “I have found my people” and “Thank you for making my daughter feel proud of who she is.” There was no way we could ignore the immense need for the program. I made the executive decision to transition from LearnDistrict’s other projects and go full time on Girls Make Games. 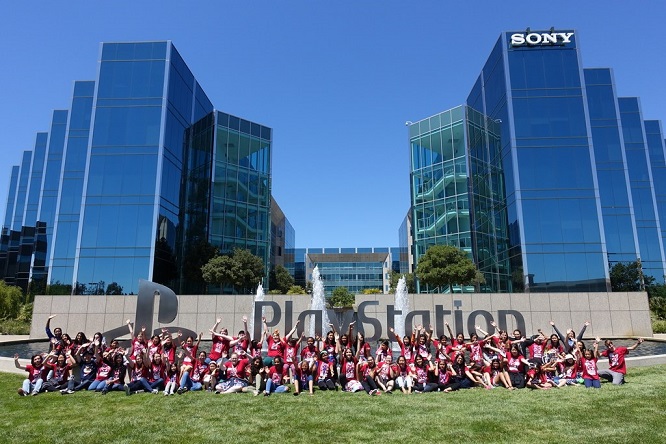 Since our launch, nearly 200 girls come together every year at GMG’s summer camps to make their dream game. They work in teams of four to five with a dedicated mentor to create all aspects of their game — design, art, story, and programming. At the end of camp, five teams from around the country are chosen to fly out to the Bay Area and pitch their game to a panel of industry judges. The grand prize? The winning team gets their game Kickstarted, professionally developed, and published.

Over the years, these grand prize winners have delivered an amazing variety of styles and designs. The first game was the very punny and charmingly-titled The Hole Story. There’s a damsel in distress, but it’s a girl rescuing the princess. It’s a feminist twist on a classic trope, with a sprinkling of unicorns for a dash of fantasy.

Our second game, Interfectorem, took the audience and the judges totally by surprise. In the game, your sister gets murdered and you're searching for the killer. But you’re also making jokes — it’s dark comedy with quite a bit of gore. Defying classic stereotypes about girls, year after year the horror genre ranks in the top three most popular ones at camp.

2018’s winner, Shredded Secrets, is a great example of how the girls love designing games with a purpose. Bullied themselves, the creators of Shredded Secrets wanted to make a game that helped build empathy for both the victims of bullying, as well as the bully. The player experiences firsthand how people we meet are all human, flawed, and "fighting their own battles.”

This is just the tip of the iceberg of the games our campers have created over the years. Every year we expect to see an explosion of pink, rainbows, and unicorns. We do see that, but along with those themes, GMG girls have used this camp to address more serious issues such as bullying, depression, death, and even war. They make some of the most original and powerful projects out there.

When I began this journey I wanted to inspire people and leave a mark on the world. Years later I realized the girls from Girls Make Games have returned the favor by inspiring everything I work toward. I am beyond proud of everything these young game developers have embraced and tackled, and I cannot wait to see how girls across the globe will continue to reshape the video games industry. Together we will change the world, one pixel at a time. 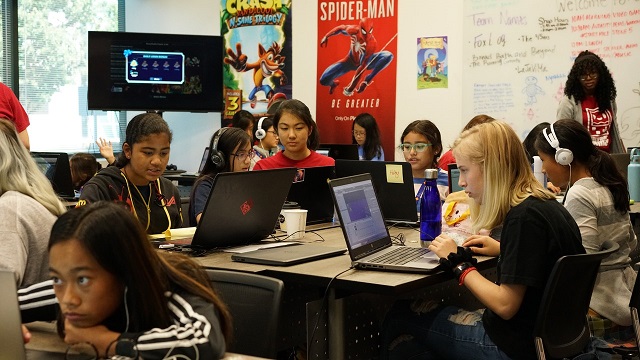