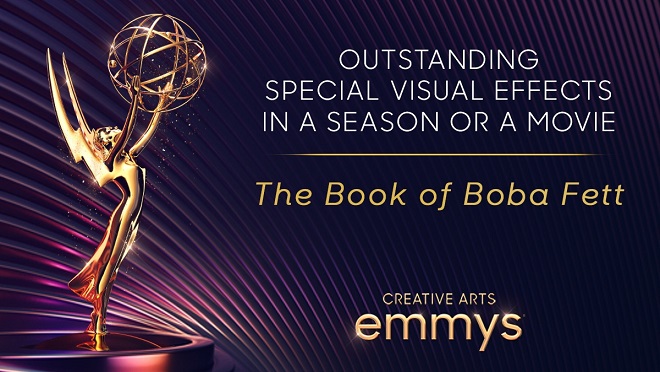 DigiBC member Image Engine, a Vancouver-based visual effects studio for feature films and television, won the Emmy Award in the 'Outstanding Special Visual Effects in a Season or a Movie' category for its remarkable VFX work on the Star Wars adventure, The Book of Boba Fett.

Well-versed in the planets, creatures, droids, and aesthetic of Star Wars already from working on the show’s predecessor, The Mandalorian seasons 1 and 2, Image Engine was able to jump into the fray to create extensive Mos Espa cityscapes, jetpack-powered shootouts, Scorpenek droids with indomitable energy shields, speeder bikes driven by the cyborg street gang, and more for Lucasfilm’s Disney+ Original series The Book of Boba Fett. 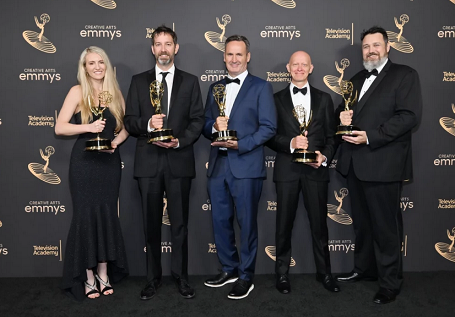 Abbigail Keller, Cameron Neilson, Scott Fisher, Robin Hackl and Landis Fields were the winners of the
'Outstanding Special Visual Effects in a Season or a Movie' category for their work on Disney+’s ‘The Book of Boba Fett’