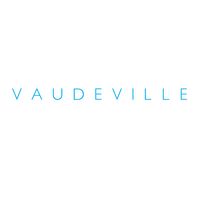 Multi-award-winning international audio post-production group Vaudeville Sound Group has announced a lucrative expansion, establishing a new department that will focus entirely on developing and producing best-in-industry immersive spatial audio – the next generation of innovative sound. Already pioneers in the industry, having been among the first to dive into the ambisonic space for TV and film, Vaudeville will broaden its development and production capabilities by identifying natural sounds and creating synthetic audio for its diverse clientele, including a soon-to-be announced global tech company.

Managing Partner Mirko Vogel and Business Development Manager Rob Calder will oversee the cutting-edge division, based in the company’s Vancouver headquarters, and have brought on 10 new employees who will report directly to them including project and development lead, project producer, project coordinator, two lead sound designers, two lead field recordists, two editors, and a re-recording mixer.

“With this new expansion, we’re at the forefront of spatial audio to provide a fully engaging, multi-dimensional sound experience for audiences,” says Daniel Jones, CEO & Founder of Vaudeville Sound Group. “The growth of our team is a testament to our talented colleagues who bring the exciting world of sound design and mixing to ambitious next levels – not just for the entertainment industry, but for branding and retail, healthcare, wellness and beyond.”

About Vaudeville Sound Group
Founded in 1996, Vaudeville Sound is a multi-award-winning group working across unscripted and scripted programs for SVOD, TVOD and AVOD platforms and broadcast, as well as commercials, film and immersive sound. Its reputation for exceptional quality, attention to detail, fast turnaround as well as reliable post-production supervision has created a level of trust with production companies, agencies, networks and platforms that has allowed the company to expand its reach from London to key North American markets in Los Angeles and Vancouver.